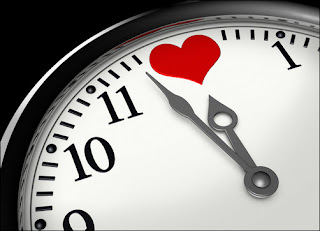 How often do you feel like there aren’t enough hours in the day?  Much is written about how our lives become unmanageable when we make more commitments than we can handle.  Mobile phones keep us constantly connected to information, conversations, requests – all of which happen simultaneously and in random order.  Many different things compete for our attention at any given moment and we’re forced to do it all, but we can’t do it all at once, so we prioritize and make compromises.  Often we just ignore things, or worse yet, say we’ll do something that we never end up doing.


An article posted today on Inc. by Jessica Stillman caught my eye because of the title Never Say ‘I Don’t Have Time’ Again.  The reason the words ‘I Don’t Have Time’ made me do a double take is a story for another time, but when I saw this today it was during a moment at work when I’d been thinking about how often I’ve been saying that to myself (and, yikes, other people) lately.  The article suggests that maybe we aren’t being truly honest about what we do with our time each day.  Not because we lie, but more because we may not really be paying attention.


Another author mentioned wrote an article on the same subject last year that suggested being "busy" and "starved for time" is a way to show we matter - it makes us feel important.  If you want to get out of this trap and replace your competitive, narcissistic bullshit with kinder, more meaningful reality, a radical recommendation is to change your language:


Instead of saying "I don't have time" try saying "it's not a priority," and see how that feels. Often, that's a perfectly adequate explanation. I have time to iron my sheets, I just don't want to. But other things are harder. Try it: "I'm not going to edit your résumé, sweetie, because it's not a priority." "I don't go to the doctor because my health is not a priority." If these phrases don't sit well, that's the point. Changing our language reminds us that time is a choice. If we don't like how we're spending an hour, we can choose differently.


As deadlines pile up at work and at home, maybe we can make ourselves less crazed if we think more critically about our priorities.  Maybe first we should write down what our priorities are to make sure we aren’t forgetting what really matters.  Reality and meaning always win.
Posted by Sonya at 10:09 PM