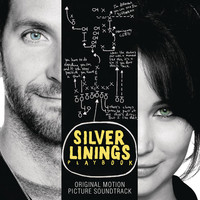 Last weekend I saw Silver Linings Playbook.  I’m a huge movie fan so this probably won’t be the first time I write about them here. The same way I haven’t figured out what this blog is accomplishing, I’m also not sure what I want to say if I feel inspired to write about a movie.  Here goes.

I’ve seen this movie twice now and here’s why I think it’s awesome.  It isn’t the best movie ever, but I really liked what it was trying to say.  And it said it in a way that was easy to understand, but also completely nailed it.  So I’m going to write that down because I want to remember (and read later for when I need a reminder).

This movie gets described as romantic and Bradley Cooper’s in it.  Those two things were nice but they so don’t deserve the most attention.  Instead this movie very effectively dealt with a couple ideas that I’ve been struggling with lately.  The first idea has something to do with family.  And the second is about life.


The family in this movie is dysfunctional, and at first, kind of repulsive.  They yell, argue, don’t listen to each other, and at times they lose it and get physically violent.  It’s tough love all the way and then you learn the father and the son each have their own personal demons  – dad has OCD and the son is undiagnosed bi-polar.  At first it seems like this is going to be painful to watch because these people just don’t connect with each other.  But then you spend more time with them and you realize it’s a story about a family that though quirky, really loves each other, supports each other, and the whole of it is actually something so much better than just the sum of all its individual members.  When I grow up and have a family of my own I want it to have those qualities.


The second idea is where the title and the main plot come from.   It’s about owning up to your mistakes, moving on, learning to accept yourself, and along the way finding grace and redemption where you least expect it. Recently I was reading something by Melody Beattie where she writes about how our lives come into harmony with a Grand Plan when we accept that we aren’t a mistake, and we are open to whatever life presents us with.  That if we can understand what we need to do to take care of ourselves and trust our instincts, “we will learn a great truth: the plan will happen in spite of us, not because of us.”


Keep aiming ever upwards and everything you’re looking for is actually right there.  It’s nothing we haven’t heard before, but life gets messy and it’s easy to forget how simple that is.  If you need a reminder, go see this movie.
Posted by Sonya at 5:38 PM